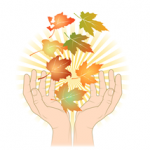 Heart/Fire energy associations are about warmth, people, love and passions, exuberance and sociability. Through the TCM ‘Ko‘ Cycle, Fire regulates the refining subtle-energy qualities of Metal, the spiritual soul searcher. When Metal is out of balance the emotions of sadness and grief can take over; there can be a tendency to hang on to he past rather than live in the present moment . . . 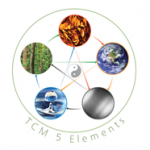 At home, I have an inspirational notice beside my desk which says “I can multi-task, one step at time”.

As I am not at home but currently unencumbered cat-sitting at a friend’s house, I thought today an ideal opportunity to be single-minded. A good day, in fact, to don the TCM Metal qualities of assimilation: to focus on the necessary and to let go of the unnecessary; to calm and clear my mind in order to connect with my passion and purpose i.e. planning my work commitments for 2016. I was nonchalantly confident in the knowledge that I could not be distracted by the usual volume of mini-chores beckoning back at home, out of reach. However . . . not 1 but 5 procrastinating steps later . . .

Procrastination No.1 took the form of popping out for a local cappuccino; one of life’s little essentials bu

Procrastination No.2: The Mayor gets in the way!

As I came out of the café, I found myself in the midst of a small group of people, led by the Mayor of Faringdon on an informative town walk to celebrate Faringdon’s ‘Heritage Open Day’. How could I resist: It’s the Mayor vs my work time-line. Guess who won!

In brief: Faringdon is a charming market town – lots of listed buildings and much history, spanning hundreds of years. Before the Victorian railway system, Faringdon was a coaching gate-way for criss-cross country routes to the North and South, East and West. Hence the numerous pubs and inns in a relatively small area; each owning an intriguing history of its own. In particular, the Civil War impacted upon the people of the town whose daily lives and loyalties suffered considerably under the consequences of Royalists and Roundheads billeted here. All fascinating stuff. I had to linger longer!

Procrastination No.3 Avoiding the Pied Piper

The Mayor, still avidly followed by our group of enthusiastic listeners, continued his walk-talk and purposefully strode towards the Corn Exchange (venue for last night’s burlesque cabaret!). As he did so, a theatrically attired ‘Pied Piper of Faringdon’ triumphantly led an animated group of kids, singing, hopping and skipping, towards the Mayor’s direction. It was inevitable their paths would collide!

Standing to one side to miss the impending melee, I had the pleasure of mixing with a small pack of buoyant and endearingly friendly hounds (well bitches) who had keenly arrived on the scene. As I looked up I was captivated not by the alluring Pied Piper but by a group of immaculately ‘dressed’, magnificent-looking, horses.  Atop the horses were some smartly attired owners too – I thought of dashing Mr. Darcy (Colin Firth of course) and Miss Elizabeth Bennett from Pride and Prejudice!

Procrastination No. 4 The Faringdon Hunt leads the trail!

Now I was amidst the Faringdon Hunt! Immediately I experienced a tug of mixed emotions (a) wanting to get upon my own ‘high horse’ regarding personal anti hunting views and (b) for the love of horses; admiring the sheer impressiveness of presentation and presence.

As I pondered my feelings, the hounds inquisitively sniffed, wagged and engaged with the people. Meanwhile, a ‘pack’ of motor-bikers powerfully roared uncomfortably close by, to be immediately followed by a noisy parade of flower-power vintage VW camper vans in need of some TLC. Impressively, the horses stood commandingly still while all this was going on.

Once the vehicles had passed the Master of the Hunt began to explain what their fraternity was all about; their relationships with the farmers, the countryside and how the animals were treated etc. Thankfully, I was firmly reassured that the Faringdon Hunt does not pursue live animals but follows pre-set trails: what I understood as ‘drag hunting’, they called ‘trail hunting’.

This made me feel easier. I was glad I had stayed to listen, for the talk was educational and reassuring; it gave me a different perspective on what seems an acceptable, alternative, form of hunting sport. Eventually, we all dispersed in different directions – fittingly to the sound of the bugle!

Procrastination No.5 ‘Sweet November’ in September!

Following the excitement of multiple procrastinations, I’d completely lost my work-deadlines-momentum. What I needed was a cup of tea, feet up and some good television.  In other words, I was awarding myself the biggest procrastination of all, that of becoming a t.v. couch potato!

With ‘Princess Mimi’ on my lap, I randomly flipped channels, looking for something to catch my attention. Nothing – except a film with Keanu Reeves and a too good to be true love interest which did not appeal – but how could I move with so sweet a companion cosily settled on my knees!

I decided to opt for the film. Initially I thought it too sugary-coated to stick with but I gradually became drawn in to the story: boy meets girl, an un-typical, unorthodox girl, not the type to fit with his financially driven, superficial and materialistic, life-style…the anticipated outcome not too hard to envisage.

I’d missed the start of the film but gathered Keanu (named Nelson in the story) had become entangled in various challenges with her that were, unbeknown to him, part of ‘his girl’s’ emotional survival strategy.

Namely at the end of every calendar month she, Sara, would somewhat callously, drop her current partner and search for the next month’s love-victim. Working through the year, we had arrived at November.

By being able to ‘let go’ of people and pets, Sara was demonstrating to herself that she could be in control, detached, not ‘caught by love’.

These push-me, pull-you, romantic antics were prompted by her terminal illness; she knew she was dying; running out of ‘good’ time.

Maybe I was still in the TCM 5-Element zone – after all, it had only been two days since my ‘Link Hands in Chi’ meridian workshop – because – as the film unravelled – it increasingly dawned on me that this was very much a METAL & FIRE energy love story – in fact the very ‘Elements’ of my workshop!

Once I’d made this connection there was no escape! For example, the heroine was, in a way, betwixt and between the two worlds of life and death.

Similarly, with TCM’s Cosmic Spectrum: man-kind’s placement in the cycle of life is between Heaven and Earth.

TCM is all about moderation and balance: mentally, physically, emotionally.

To protect her sense of vulnerability, Sarah’s strategy was one of extreme detachment: to abruptly ‘let go’ of people and possessions (METAL imbalance); to disconnect from them before they claimed a hold on her heart-strings (FIRE imbalance).

The Heart is known as ‘The Emperor’ of the organs. The Emperor has a bodyguard – namely the Pericardium meridian. The function of the Pericardium is to protect people from the effects of too much or too little emotion.

At the other end of the emotional spectrum Nelson did not want to comply. He wanted the opposite: to doggedly hang on (METAL imbalance), to maintain the passion of their love relationship whatever the cost (FIRE imbalance) whether she was well or ill. Both were in a state of continual, living, bereavement (METAL imbalance).

When the Metal Element is out of balance, a melancholy tendency can set in whereby people unrealistically look back to the past more than living life to the full in the present….In this film, Sara categorically wanted Keanu Reeves to remember their relationship in past terms; to look back rather than witness her impending physical decline from ‘Non-Hodgkin lymphoma’.

Perhaps of the two characters, one had to let go more than the other…but which one remains the question!

Metal energy stands for endings. Surely it is no coincidence, therefore, that the Metal Element is positioned at the end of the TCM 5-Element Shen Cycle started by Wood, fuelled by Fire, nourished by Earth. [The Water Element represents the full cycle of life from birth to death].

The film was called ‘Sweet November’.

To find out more about TCM 5-Element relationships and working with the Shen & Ko Cycles ‘The Meridian Way™ please contact louise@reflexologyplus-london.co.uk

This website uses cookies to improve your experience while you navigate through the website. Out of these, the cookies that are categorized as necessary are stored on your browser as they are essential for the working of basic functionalities of the website. We also use third-party cookies that help us analyze and understand how you use this website. These cookies will be stored in your browser only with your consent. You also have the option to opt-out of these cookies. But opting out of some of these cookies may affect your browsing experience.
Necessary Always Enabled
Necessary cookies are absolutely essential for the website to function properly. This category only includes cookies that ensures basic functionalities and security features of the website. These cookies do not store any personal information.
Non-necessary
Any cookies that may not be particularly necessary for the website to function and is used specifically to collect user personal data via analytics, ads, other embedded contents are termed as non-necessary cookies. It is mandatory to procure user consent prior to running these cookies on your website.
SAVE & ACCEPT

This function has been disabled for Reflexology Plus Therapies.